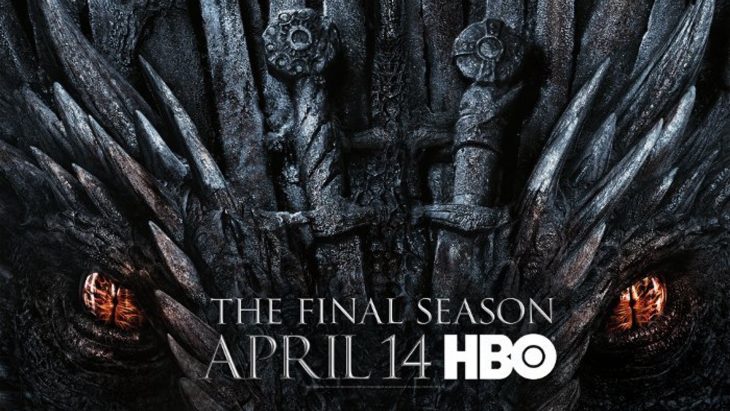 The final season of arguably the best TV-show ever is here! The season took two years, unlike all previous ones, to film and authors as well as actors promise the audience something unforgettable. Winterfell starts the countdown that consists of six episodes, and it is the shortest one – only lasts for 54 minutes! Some episodes will be 80 minutes long so be sure you have enough snacks and patience to go through all of them! So, what happened in the most expected TV-episode of 2019?

Well, basically nothing important. Jon and Daenerys, as well as all their armies, squires, and the two remaining dragons arrived in Winterfell, which was a nice touch to the first episode ever, where Robert Baratheon did the same thing and the locals were in awe. After that, a discussion about the upcoming fight against the walking dead happened, and we could see that Sansa does not really like the Mother of Dragons. All the family reunions – the Starks, the Greyjoys – have happened, which is a nice thing as we won’t have to follow ten story threads every episode. As for now, we only have three locations: Winterfell with all the remaining Starks, Daenerys, Tyrion, Varys, Jaime and all their friends and comrades; King’s Landing, where Theon somehow freed Yara who was kept on the flagman ship of a great fleet, and Euron thrusted Cersei hard; and beyond the Wall where Beric Dondarrion with his flaming sword tries to help Tormund and other wildlings outrun the Night King’s army.

For reasons unknown, Bran and Sam decided that there is not going to be a better time than before the imminent battle where everybody needs Dothraki and dragons and told Jon that he is Aegon Targaryen, and he basically had incest with Daenerys (which is not uncommon amongst that house and.. well, in Westeros). What is Jon going to do with the information? Unknown. The Night King sent his regards in the form of a dead boy who was not so much dead after all, so Beric had to burn him… alive? In the big picture, that was all. Nothing else major happened in the episode, besides that awkward moment when Jaime and Bran saw each other for the first time since, you know…

Winterfell was the first episode after two years so we weren’t really expecting anything huge to happen. Yet, it managed to grab all those things that were so good and deliver a strong opening. Now all that’s left is wait and see how it all plays out!