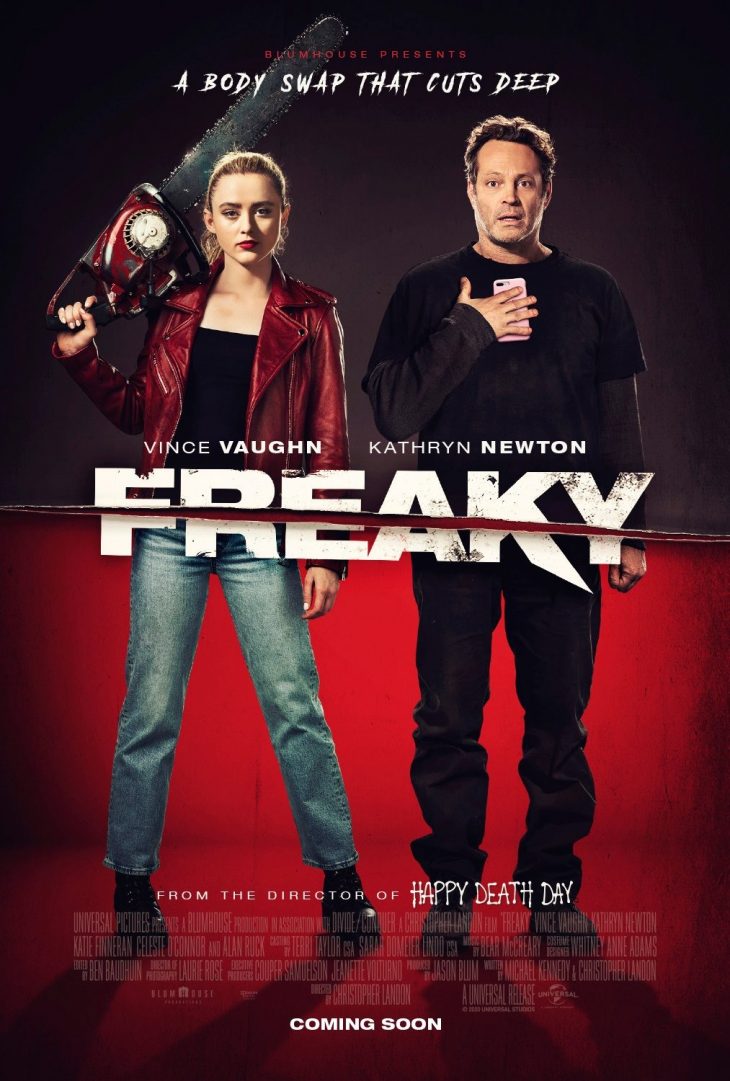 Freaky is a comedy horror film. The film is a bout a teenager who accidentally switches bodies with a middle-aged serial killer. So, the movie starts with the killing of four teenager by Blissfield Butcher. Then the killer steals an ancient dagger known as La Dola. The main character Millie gets stabbed with the dagger after a school football game when she is waiting for her ride. When Millie gets stabbed the killer gets the same wound.

The next day they notice they have switched bodies. The Butcher as Millie continues killing people at the school while Millie as the Butcher tries to convince her friends to believe she is in the Butchers body. They then find out how to switch the bodies back.  After they switch back the butcher fakes his death in the ambulance to attack Millie in her own house.

How will the murder fest end?

I would say if you liked the Scary Movies, you would like this movie. In many ways I find these movies similar, but this one still has something fresh. There were some funny moments in there, but still a lot of it I didn’t find that funny.

I would give this movie a 6/10 just purely since this kind of movie has been kind of seen before and because I didn’t find many parts of it funny. I would love to hear other opinions on this movie, so I hope you will go and see it!