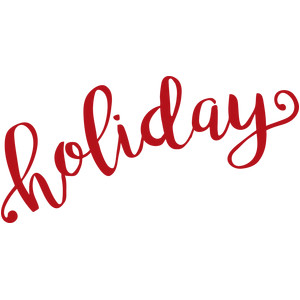 Tatiana’s Day is celebrated annually on January 25. In 2021, it falls on a Monday. The holiday is also known as Student’s Day, and the Holy Martyr Tatiana of Rome, who is venerated by the Orthodox and Catholic churches, has long been considered the patroness of Moscow State University and university students in general.

Student’s Day January 25 has been celebrated in Russia since 1755, after the signing of a decree by Empress Elizabeth and the opening of Moscow State University.

Since January 25 often falls at the end of the session, students still light candles and pray to Saint Tatiana for help in their studies and education.

On this day, the universities host celebrations, noisy festivities, parties, various exhibitions. For example, in Volgograd, a city exhibition of artwork written by Tatyana is held, and in Vladivostok, the Big Book of Student Records is being filled.

Not a single Tatyana’s day is complete without signs. Most of them are dedicated to academic success. For example, according to one of these signs, you need to lean out into an open window or go out onto the balcony with a record book, wave it in the air and shout “Freebie, come!” In response, passers-by are supposed to shout “On the way” – getting such an answer is considered the most accurate guarantee of a perfectly passed session.

Another sign is to draw a village house with a chimney and smoke from it on the last page of the student’s book on Tatyana’s day. Smoke is better to paint more authentic – the longer it turns out, the easier it will be to study.

On this day, services are held in churches in honour of St. Tatiana: believers go to church to light candles for success and pray in case of difficulties in their studies.

The hostesses bake baked goods in the shape of the sun – the people believed that this would help speed up the onset of spring and make the sun brighter and warmer. At the same time, it was assumed that everyone in the family tried such a delicacy.

On a holiday, it is customary to do good deeds: to help those in need, donate alms and not refuse requests, especially for food.

There are also weather signs, they say that if it is frosty and clear on Tatyana’s day – a good harvest; warmth and blizzard – bad. A girl born on Tatyana’s day will grow up to be a good wife and mistress.