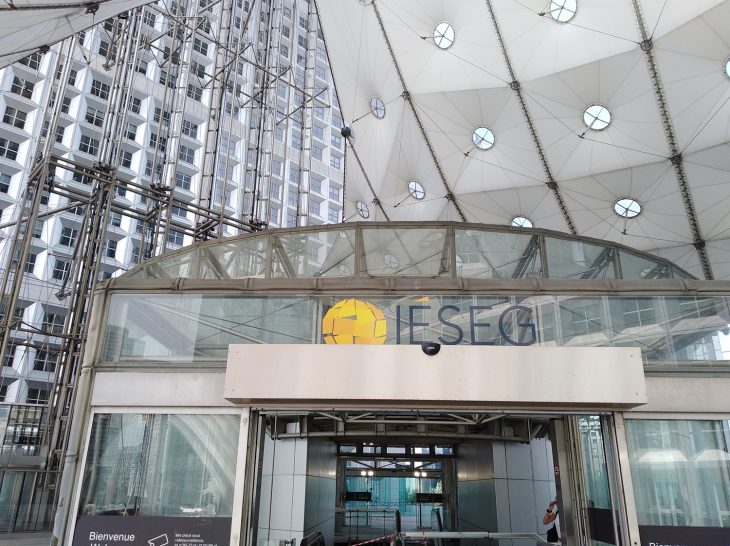 ‘A room on the fifth floor

Creamy coffees in the morning

The suburbs, the Latin quarter..’

The above-mentioned lyrics are from a piece by Édith Piaf as she uncovered the pleasures of Paris. During my stay, my room was on the 6th floor, and I did not have any option to visit the outskirts of the town, but the song reflects excellently the nuances, and the places of Paris. Nowadays, some people, mostly young ones, talk about Paname, which is actually well-known by many residents in town as in urban slang the word is widely applied to depict Paris and its suburbs. I feel Édith knew the term as well….

Indeed, last September, I had an opportunity to visit 35th annual IMP- Conference, which was held in Paris. The IMP- people are representing mostly scholars, who created the modern Scandinavian school of thought. They launched and subsequently strongly promoted the basic ideas of modern marketing by addressing some primary concepts such as interaction, relationships, and networks. Without their scientific analysis, the current philosophy – so to speak – would be definitely different. In studying the key themes of modern global trade, the strong contribution of the Scandinavian interpretation for modern marketing theory cannot neglected. The current conference explored mostly the relationships between buyers, sellers, and diverse actors in an increasingly competitive global environment.

The conference was hosted by IÉSEG School of Management, which is one of the most notable business schools in Europe. The venue was the major Campus, which is nicely located in La Défense– district. The area itself is actually the biggest purpose-built business area in Europe, surrounded by a number of tall skyscrapers. In his opening speech, Professor Jean-Philippe Ammeux addressed that as a member in the net of the Grandes écoles, the university provides a ‘royal track’ for their students – despite of the fact that France is actually a republican society… Generally speaking, these conferences are much more relaxed and supportive ones as some others tend to be. The atmosphere is a pleasant one, and it allows the participants to freely exchange and develop ideas with friends, and colleagues.

I had a presentation based on my scientific article on sustainability and responsibility – the issues that I’m personally keen on. The feedback provided by the audience after the presentation was mostly a positive one though some of the people – mostly scholars – embraced the issues with perplexity. Discussion on ethics is truly difficult, and often multifaceted, even enigmatic!

Besides a place for conferences, no one will deny the fact that Paris is always worth visiting also for a traveler. I stayed in Montmartre area – the 18th arrondissement – which is well-known – or used to be – as lots of artists resided some generations ago. Ernest Hemingway was one of the most notable writers, who stayed in the area and wrote some of his most interesting books to name Moveable Feast (also translated e.g. into Finnish language).

The book, which is based on his stay in Paris, gives some guidance for modern urban nomad as well as some of the places he preferred to visit are still working today. In his time, writers often went to restaurants to work and to spend some time with friends. La Coupole – one of the Hemingway’s favorites – used to be one of the most visited places also among Finnish artists. The restaurant is probably not a best choice for a budget traveler – glass of Champagne costs about €12 – but it is still worth checking due to its atmosphere, nice indoor decorations, and the lively street life in front of your eyes.

What comes to dining in Montmartre, my choice was Les Petites Sorcières – a cozy restaurant in the heart of the district. The restaurant is managed by Ghislaine Arabian, who is well-known in France as she participated some years ago as a member of the jury in the Top Chef (the French version). Frankly, I have to admit that the choice was excellent. Considering the menu, I took a ‘Côte de veau de lait rôtie à la sauge, petits pois de Provence à la française, jus réduit’ Please, don’t ask me to translate it in detail, but the meal was working magnificently in terms of the delicious taste. (Surely, a Google translation tool might help you in checking the content of the meal in a more detailed manner, if needed!) [Sage roasted milk-fed veal chop, French-style Provence peas, with a reduced jus. Ed] Moreover, often in places like this it only is not a question of the food itself, but the atmosphere as well: some people call these spots by saying that they can be characterised by a definition neo-bistro. A wording might give you an impression of its attractive style.

In case a traveler is fond of arts and aesthetical experiences – as I am – besides the Louvre and the Eiffel Tower as places to visit, I recommend two other spots, which are not so commonly known. The first is truly an exhibition with some surprises: the Fondation Cartier pour l’art contemporain is an ultramodern building with some non-conventional exhibitions. In September, the theme in the centre was ‘Trees’, which suits pretty well for the Scandinavian way of life and aesthetical taste. The second place for seeing contemporary art is Palais de Tokyo, which is located close to the river Seine. Unfortunately, the time budget was such a strict one that a longer stay was not possible. Well, next time – maybe a new excursion ……

In her song, Piaf finally revealed her true emotions by saying the following.

‘Paris, I miss you, my old friend

We will see each other again

These phrases do work nicely once you’ve experienced them.