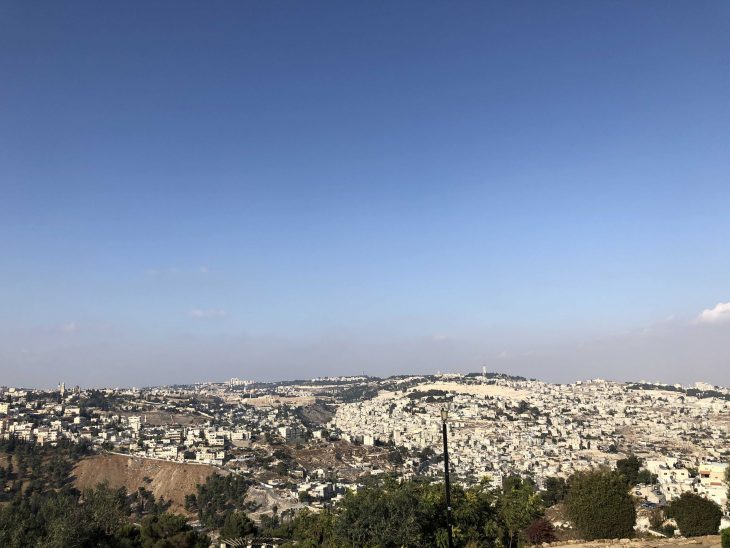 For every traveler, Jerusalem will be a mandatory part of the program. Whatever you come for, for the miracle of holy places, for ancient history, bright colors or just new impressions, this city will not leave you indifferent. During the walks, the feeling that I was about to become a witness of something secret and incomprehensible did not leave me. And I will be happy to share my experience with you.

Through the Jaffa Gate, passing the Muslim quarter of the old city, you will see the main sacred place for all Jews, the Western Wall, as the Israelis call it or the Wailing Wall, as it is commonly called all over the world. A place shocking with its simplicity and inexpressiveness, usually always crowded. Orthodox Jews add color here, with their black hats, sidelocks and white capes. The place against the wall is divided into men’s and women’s. Everyone asks and prays for his own, and all kind and sincere requests and desires are usually fulfilled.

Be sure to go to the Golden Gate, located on the eastern side of the city. Now the gates are walled up, but according to legend, it was through them that Jesus Christ entered the ancient city.

Through the Garden of Gethsemane, where thousand-year-old olive trees grow, one can enter the Catholic Church of all Nations. At the rock where Jesus prayed on his last night and your prayers will be surely answered.

And of course, the most famous place on Earth is the Church of the Holy Sepulcher. The entire building of the temple is divided between several Christian denominations. Armenians, Catholics, Ethiopians, Copts, and Orthodox Greeks have their own parts (limits) and their own hours for prayer. Usually, the temple is very crowded, and it is possible to get inside with great difficulty. I was lucky, and during my trip, there were no more than 15 people in the temple. I touched the stone of the Anointing, the place where the body of Christ taken down from the cross was located, climbed Golgotha ​​and was able to see a piece of white rock, where the cross for crucifixion might have stood.

And of course, I managed to get inside Kuvukliya – a small chapel inside which is the Holy Sepulcher. At the exit of their chapel, the Holy Fire burns, the appearance of which all Orthodox annually expect and consider the great miracle of Easter.