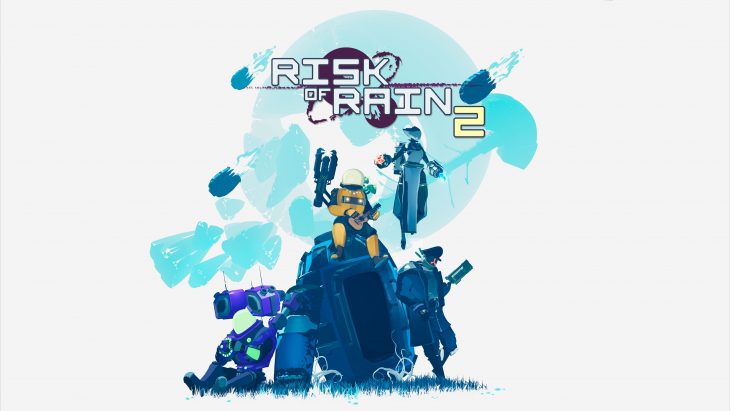 There’s nothing more I quite like in video game than a challenge. It’s a reason why I gravitate towards punishing games like the Dark Souls franchise or fighting games in general. But none of these really compare to the addictive nature of a really good roguelike game. For people that aren’t familiar with the genre, a roguelike game involves two things: a bunch of random elements and permanent death of the player character. That’s why when you hear a person talking about roguelike games, they usually refer to their sessions as “runs” because they will inevitably reach the end, be it good or bad.

Risk of Rain 2 is a special kind of game in my heart. A sequel to Hopoo Games’ Risk of Rain, a 2D pixel art side scroller, Risk of Rain 2 decided to move the dimension up and make the game a 3D 3rd person shooter and they did a perfect job at translating the chaos of the first game into this one.

Set in the far away planet of Petrichor V, you and your fellow crew are tasked to find the missing cargo ship UES: Contact Light and any possible survivors. Unfortunately, it so happens that the entire planet is home to a bunch of alien races that don’t like your presence and would rather dispose of you. You travel from stage to stage trying to find a teleporter randomly placed in the area, meanwhile fending of endless waves of murderous aliens while stocking up on items that have been scattered around from the destruction of the UES: Contact Light and eventually you’ll finish the game, or you’ll get overwhelmed and killed… and then you press “Ready” again and start the whole thing over. I love this game; I’m biased and I’m not ashamed to admit it.

A motto I like to give the game when I recommend it to my friends is “Break the game before it breaks you”, that’s because the game lets you stack items infinitely. For example, there is an item called “Soldier’s Syringe” the item gives you a flat 15% on your attack speed. Now imagine stacking 10 of those, you can imagine how ridiculous the game can get when you are a walking death machine.

Also, you might be wondering what I meant by the “game breaks you part”. See, the game scales with time, the more time you waste the harder the game gets. It goes all the way from easy difficulty to an endless HAHAHA difficulty. Yes, the game makes fun of you if you fail and it never pulls its punches. The way the game becomes more difficult is by sending more powerful enemies at you endlessly. At the beginning you might be fighting 2 giant crabs, but an hour into a run, you’ll be dealing with 10 of them and for some reason they all set you on fire on contact, talk about a warm welcome.

Risk of Rain 2 also has a progression system, by doing challenges you can unlock other playable characters and items. These challenges can get rather bizarre at points, but once you start understanding the mechanics of the game, you’ll be experimenting with different builds and styles. The game is randomized with its items it gives you, but there is a way to counter the random chance with 3D printers which exchanges an equivalent item for a guaranteed item which is shown on the device. This way getting a huge stack of a certain item isn’t entirely impossible.

The only downsides I see in Risk of Rain 2 is the fact that it’s a roguelike, not everyone will like it’s gameplay loop of “Live, Die, Repeat”. But the way the game respects your time, you won’t notice the hours flying by when trying to blast through the endless hordes of aliens.

The game is about to have its final free content update on March this year which will flesh out the rest of the base game by adding new areas, and bosses and more lore for any lore enthusiasts like myself to fawn over. If you haven’t tried this game out, be sure to check it out, I thoroughly recommend.