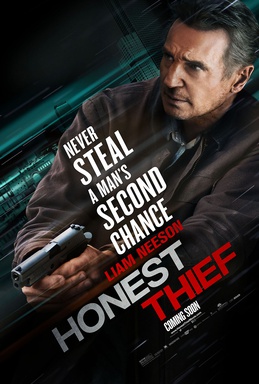 Honest thief is a thriller movie based on Tom the bank robber who after meeting a woman wants to clear his crimes and live an honest life. However, he is met with two FBI agents that want him in jail. The movie starts with Tom the bank robber who is unhappy with his life. He meets a woman in a storage center and after a year of dating, he falls in love with her and decides to turn himself into the FBI. He hopes to get a shorter sentence by turning himself down. The FBI agents do not initially believe him, and they send two agents to check on him. These agents decide after meeting Tom to keep the money to themselves and not inform the other FBI agents. This starts a chain of events that lead to deaths and chasing.

This movie was captivating and fun to watch. It takes the audience with them and it is well shot with nice sceneries in England. There is a lot of car chasing and a lot of action. However, I felt that the plot went too fast and it was hard to follow at times. The storyline was promising but it went too fast with not much character build up. I would give the movie 5/10.