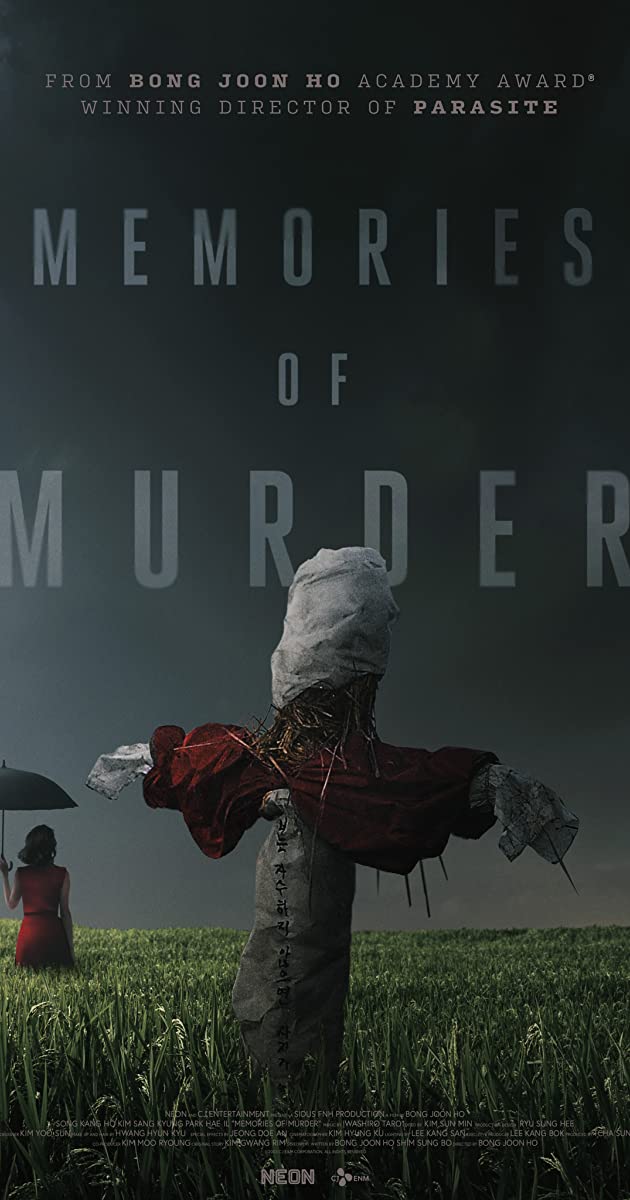 For the beginning I would like to warn you of the contents of the movie. It might be upsetting to some since it talks about rape and murder.

This movie came out in 2003. It’s a South Korean crime drama film. The director Bong Joon-ho likes to use social themes, genre-mixing, black humor and sudden tone sifts in his movies. These characteristics showed throughout the movie.

So Memories of murder is loosely based on a true story of a first serial murders in Korea’s history. The murders happened between 1986 and 1991 in Hwaseong, Gyeonggi Province. The story is somewhat upsetting, women were murdered and raped. The local detective Park Doo-man can’t handle the case since he has never had to deal with something like this before. Even the evidence is handled poorly and the method of investigation are rough to say the least. Park thinks he can spot the killer by looking into their eyses. His partner Baek usually tries to beat out the confession from suspects. Finally, Seo Tae-yoon a detective from Soul is sent to help. The case starts to go somewhere, it’s nearly even solved.

But they never solved the case. Park Doo-man visits the crime scene years later in 2003, meets a little girl that says someone visited it just earlier. The film ends as Park realizes the truth and looks at the audience as of a way to maybe spot the killer.

The movie was long, I think it could be fitted to a shorter timeframe. Other than that, it was a good movie if you like investigation types of movies that has a little humor in it. I give it a 7/10