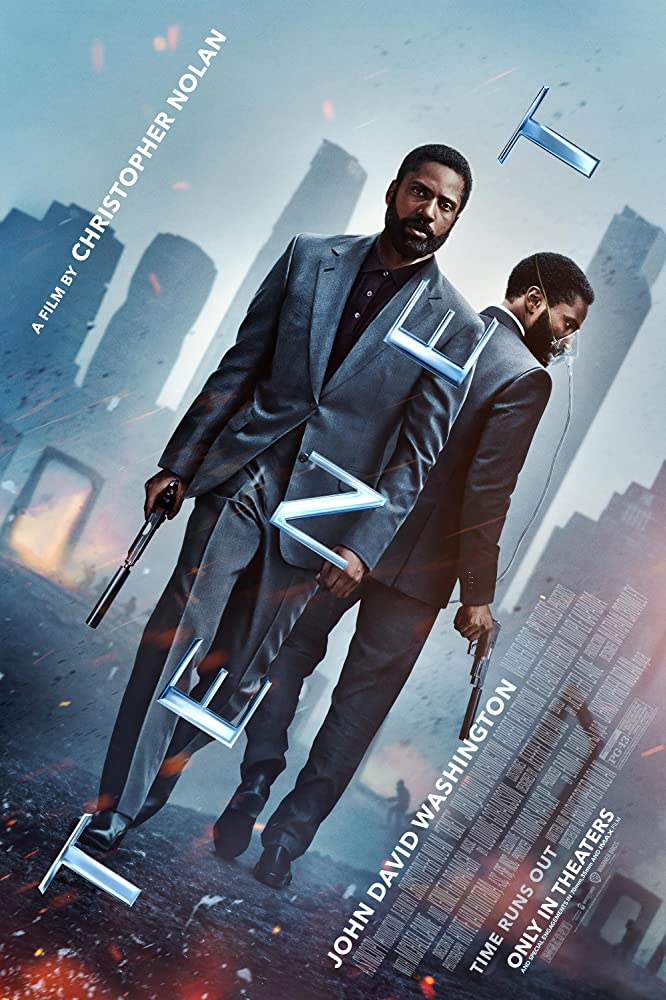 The organization Tenet is trying to prevent the 3rd world war. The name and events point to a Latin palindrome that is also called the magic square.

Every single name in this square will come clear when you see the movie.

The main character has to fight for the whole worlds survival with only a one word “Tenet”. The future has figured out a way to send items back to the past. One of the first things you see with this technology is a reversed bullet. It doesn’t fly forward, but instead it flus back into the the gun. The main character never tells his name, he is always known as the Protagonist.

At first, it’s really hard to get the hold of the story, especially if you don’t really deal with a lot of action movies with their own mind twisting features. The movie tips it’s toes into some physics and challenges the way you view time.

I personally liked the movie first thinking it was going to be awful. It was confusing too but in the end it all tied together and made sense, you just really have to hold on to the end to really understand, but many sources say that even then it might be hard to grasp what you just saw.

I would recommend the movie if you like a little action and some new twist to learn about.