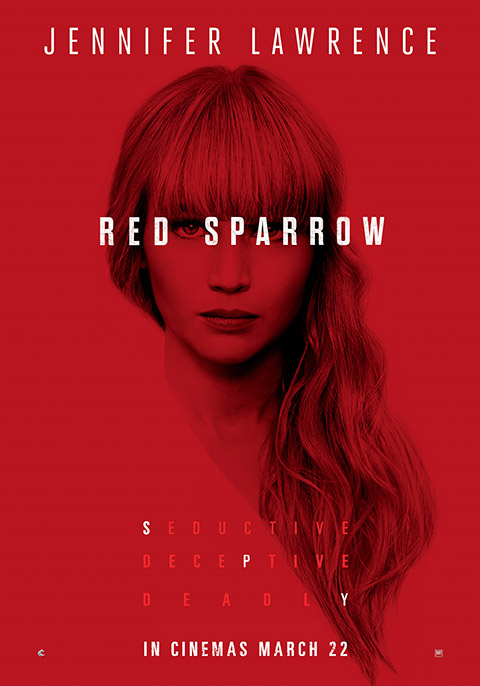 Writing: Justyn Haythe, based on the book by Jason Matthews

Sparrow… When a man hears this word during a conversation about movies, he usually thinks of Captain Jack. This March brought us another film that will be remembered because of this little bird. Everyone, please welcome something that is probably worse than Fifty Shades of Grey – Red Sparrow!

Honestly, it’s difficult to describe how awful this movie is. It is a detective, but if you pay enough attention, you’ll know who the bad guy is by the middle of the movie. Paying attention, however, is the most difficult part here. The first half is so boring and interminable that you want to sleep or leave the cinema. Jennifer Lawrence, one of the most overestimated actresses, plays so freaking badly that it’s unbearable. You can easily count how many times her facial expression changes, or the moments when her voice reminds us that she is a professional actress, not some cripple.

The whole plot here is a cliché. Russia and the post-Soviet republics, babushkas, and balalaikas and a ballerina as the main character. The interesting thing, as the writers and Francis Lawrence must have thought, should have been the amount of nudity and sex. The cameraman lets you see Jennifer Lawrence from nearly every angle. Well, her private photos from the cloud have been on google for a while so why not, she has nothing to be ashamed of, right? Let me tell you, she looks way better in those photos than she does now. She is by no means sexy and a truly terrible actress.