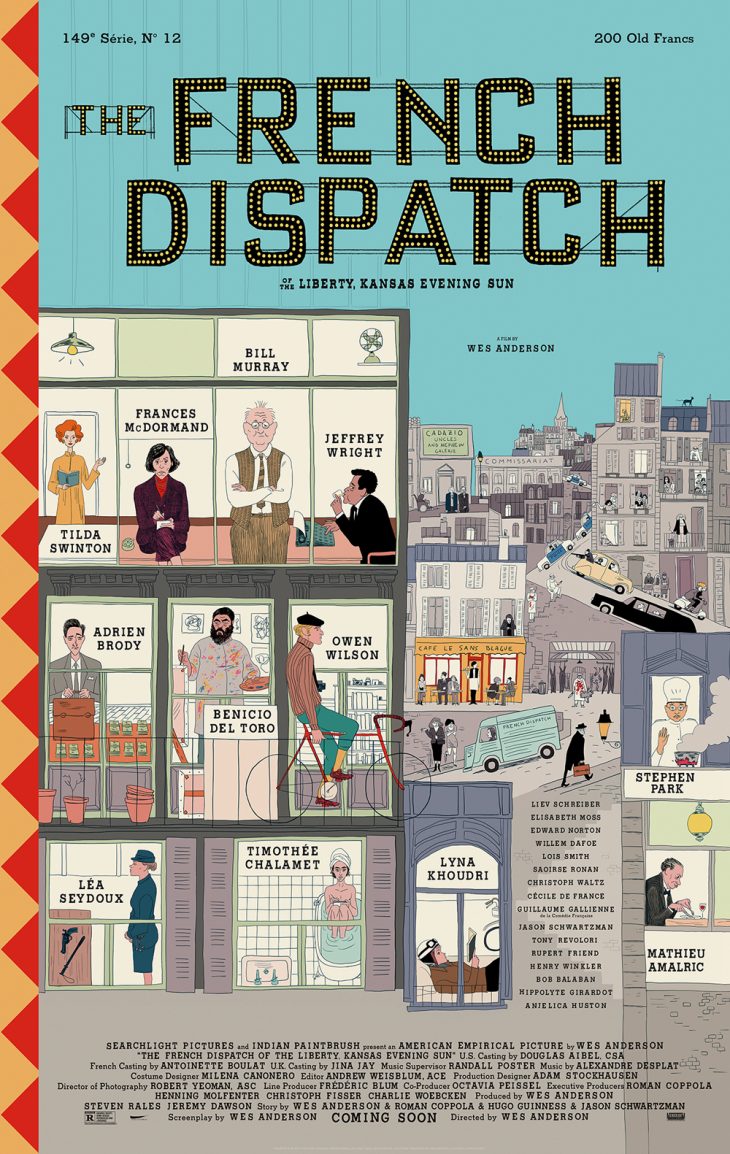 The French Dispatch is a comedy anthology film directed by Wes Anderson. It’s stars way too many great actors to list here, but it includes Timothée Chalamet (Dune), Bill Murray (Ghostbusters) and Léa Seydoux (No Time to Die). The story is rather simple, the editor-in-chief for a newspaper called The French Dispatch dies and according to his will the newspaper will release one more issue featuring articles from past issues which are detailed heavily throughout the movie.

Before anything I need to emphasize that this is a Wes Anderson movie. Which means that if you’ve seen The Grand Budapest Hotel, you’ll know that most of this movie is shot in 4:3 aspect ratio for a good reason. Wes Anderson is a master at scene composition and directing shots that it was almost a joy to watch this movie. The way each scene was shot was amazing and the comedic timing to many of them even more amazing. Basically, I’m saying that this is another good Wes Anderson film.

The writing is fantastic and at the same time extremely confusing and that’s fine in this case because movie is set up that way. It’s showing dramatization of articles which are usually paced in a way that it’s read to the audience like a book or a speech. It was great, I loved the stories, the writing was complimented heavily with the great casting choices and returning actors like Owen Wilson and Adrien Brody from previous Anderson movies, so you get the same exact “feel” you usually do when watching these movies.

The sound design and music are great and helps immensely with the visuals of the movie. The movie has a heavy use of black and white to describe past situations but at certain situations of colours are used with music to emphasize scene.

I tried to stay off the plot of the movie as much as possible during this review because the amount of stuff I could fit into a roughly 350 word article wouldn’t even be enough of how strange and fun it is. I wholeheartedly recommend this movie!