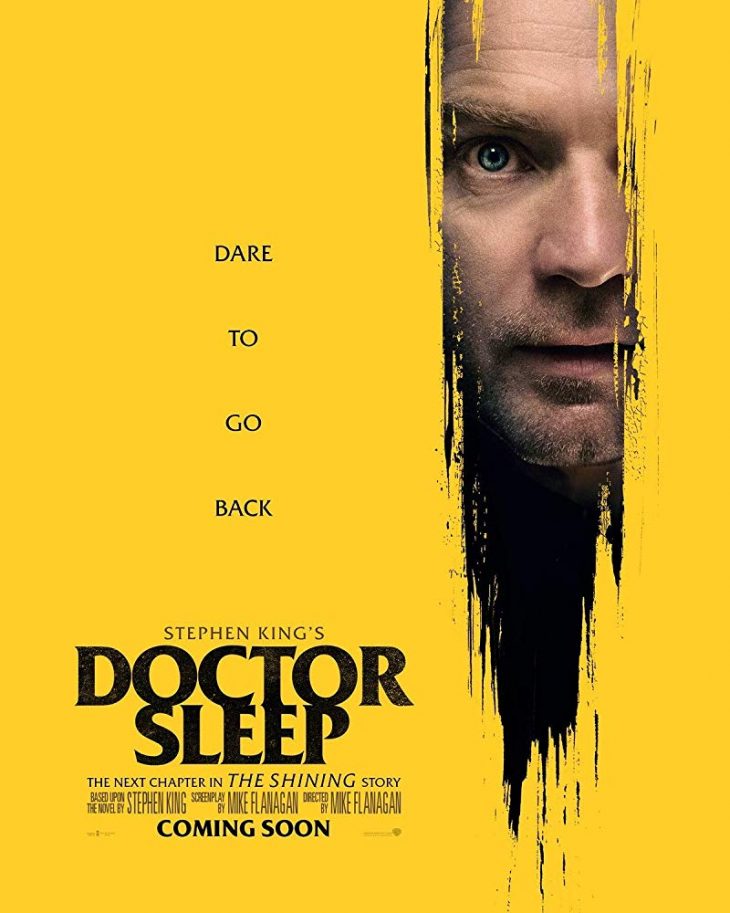 First thing that comes to a person’s mind when they get to know that there is a horror movie in the theaters nearby and it starts with the title “Stephen King’s…” is that maybe just maybe this is THE ONE horror movie unlike all the usual dissapointing ones. Now, it it is 2019 and i’m pretty sure that no one is unaware of the fact that what a great mind Stephen King has. Throughout the years, he has proven it with his classic-yet-unique horror writing that there is always a way to astonish the audience. Well, Doctor Sleep is another one of his production which has been brought to the screen by horror-specialist director Mike Flanagan.

Set in the same universe as the cult-classic “The Shining”, Doctor Sleep shows how Danny Torrance (Ewan Mcgregor) is managing to cope up with his alcoholism which was a result of the scarred childhood he had and how an evil cult group called “The True Knot”, which is led by Rose the Hat (Rebecca Ferguson), feeds on the shine of the young children. Now as far as the acting is considered, Ewan Mcgregor has done an amazing job in potraying the adult version of Danny and at the same time others like Rebecca Ferguson have managed well to show the evil part of their role in a twisted way.

I personally loved the fact that Flanagan has managed to depict the story in an a very dark and unexplicit way, which scares the people or atleast leaves them uncomfortable a lot. Even though jump scares with monsters and ghosts can be scary, yet no one actually remembers about them as soon as they leave the theater. But in Doctor Sleep there are no monsters or ghosts which make the movie scary, it in fact the twisted reality of people shown which almost makes it a psychological horror. The soundtrack makes your heart beat and best of all the happy goosebumps that occur whenever Abra (Kyliegh Curran) uses her ‘shining’.

All in all, Mike Flanagan managed to give the best possible version of a Stephen King adaption, which as we already know is not easy for most directors. The Shining easter-eggs serve as the cream on top of a perfectly composed horror movie.

There is no doubt this movie has the potential to become a classic just like its predecessor, you just have to gather the guts to watch and enjoy it.