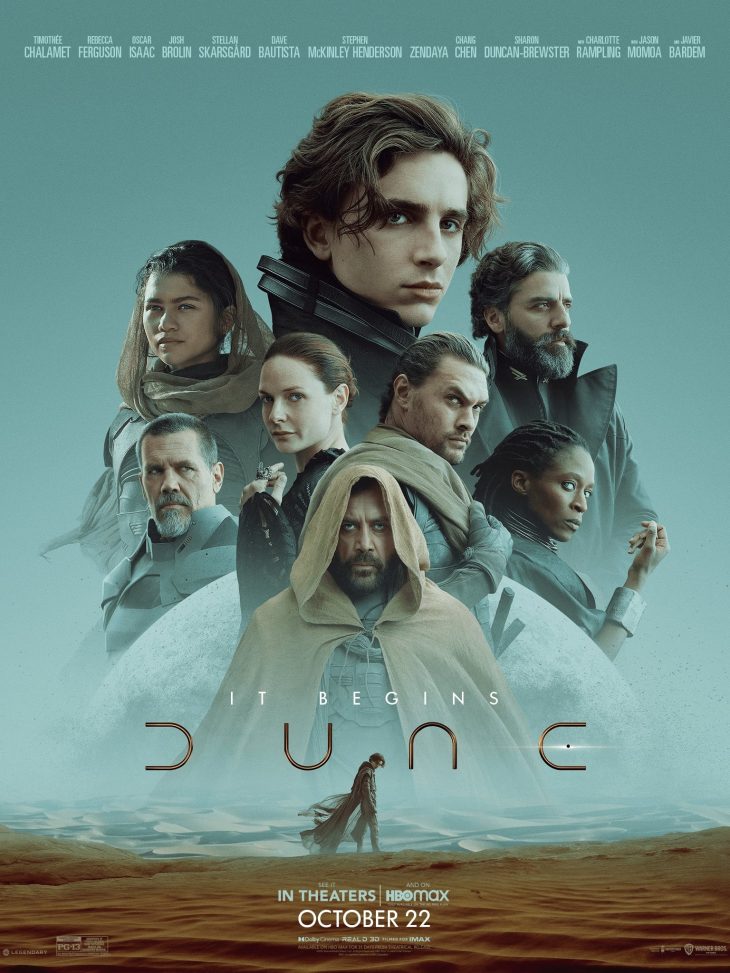 Dune is the first part of a two-part science fiction film based on the 1965 novel by Frank Herbert. The movie was directed by Denis Villeneuve (Blade Runner 2049) and stars big cast of actors such as Timothée Chalamet (Call Me by Your Name), Rebecca Ferguson (Reminiscence) and Jason Momoa (Aquaman).

The world of Dune is set in an interstellar imperium where you have noble house that control planetary fiefs. The story mainly focuses on Paul Atreides as their family was handed down the desert planet Arrakis to collect and sell the planets natural resource spice, which is used as fuel for most space travel and works as a drug to extend life and to boost mental prowess. The only problem is that Spice is only found on Arrakis, so this puts a giant marker on their back. The story focuses on a lot of topics including politics, society and human interaction.

I liked all the characters and how they’re shown off, most people’s motivations are established early on, and they get their amount of screen time. The world itself is very well established to exposition provided in a natural way and doesn’t feel forced or out of character. I don’t think there was any character that I disliked to the point of hating them when they’re on screen.

The music composed by Hans Zimmer (Inception, Dunkirk, Blade Runner 2049) is as masterclass as always. It’s booming, it’s amazing, it tells more than 1000 words ever could.

When I went into this film, I did no previous investigating on the source material or anything relating to the trailers, so I was completely oblivious over what I was getting into and oh boy, I wish I was prepared. The movie throws so much information at you that when it ended, I was left with a confused feeling. I was left with wanting more closure, but I guess that’s what you need to do when you’re planning a two-part series.