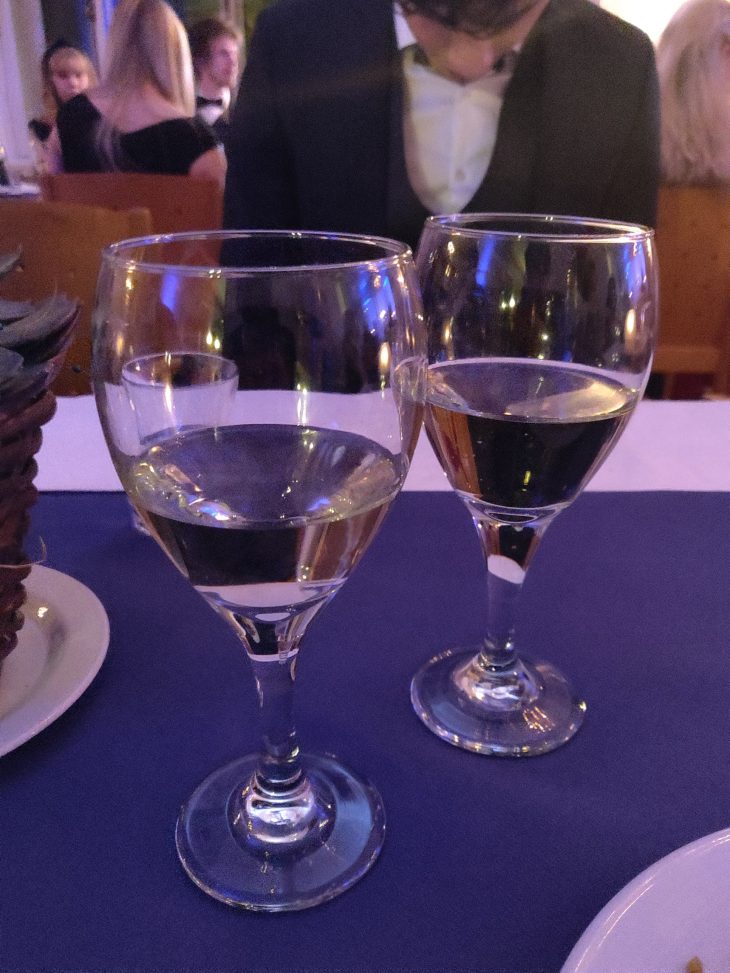 December has a special place in the hearts of all the Finns. That is so because every year since 1917, Finland celebrates their Independence Day on the 6th of December. This year marked the 102nd anniversary of Finland’s Independence and the excitement about it could be easily seen on people’s faces. Like every year, students at XAMK Kouvola Campus were waiting for one of their favourite times of the year as this year as well the student union Kupla Ry had organised a beautiful Independence Day Gala.

The event was hosted on the 3rd December, which was the Tuesday of the same week as the Independence Day. The venue for the gala was the Upseerikerho (the Officer’s Club) near the Kouvola campus where everything from the portraits of previous Finnish Presidents to the medals and arsenal of old musket rifles, created a perfect atmosphere to the evening. As far as the dress code was concerned, that all the attendees had to adhere to “black tie” which loosely translated to a dark suit with a bow tie for men and a long evening gown below the knees for the women.

At 7 pm sharp everyone settled in their assigned seats in the great hall under the flickering lights. The catering team of the Upseerikerho had done an amazing job in preparing the venue for the event as all the decorations gave a very warm and cozy look considering the weather outside at this time of the year. The evening began with everyone raising their champagne glasses to celebrate 102 years of Suomi.

After the wine was served and all the guests comfortably started talking to one another at their tables, they were told to proceed to start their appetite with starters which included delicious fruit and chicken salad, Walldorf salad, and smoked salmon with butler sauce along with a couple of different types of breads.

As the people were enjoying their first course, Sauli Sarjos – the chairman of the Student Union Kaakko took the opportunity to give a speech in which he mentioned about the great milestone of 102nd year of independence of Finland and spoke about other important events that took place during the year. He ended his speech on the note of his concern about the Finnish youth. In his opinion, it was about time to ensure the continued welfare of all the Finnish citizens no matter old or young.

After the first speech was over, it was about time for all the attendees to begin with the main course which included dishes such as Pork fillet with creamy pepper sauce, chicken delicacies, fried Parisian potatoes and falafel again with creamy pepper sauce. It was worth mentioning that the menu had vegan options in both salad and main-course, so that even the people who didn’t prefer meat had a good time celebrating the evening.

The moment everyone was done with their dinner, there was a special guest, Kirsi Rouhiainen – senior lecturer and Entrepreneur & Project Manager at XAMK, who lifted the audience’s spirit with her speech and shared some positive and cheerful insights on the occasion of Itsenäisyyspäivä. One of her the most remarkable quotes:

“True freedom is being without anxiety in the environment.”

Even though the evening was mostly in Finnish, the duo of Stela and Juho amazingly spread the rhythm of their music in the audience and even got some guests bouncing on their beats. They performed numerous songs which were mostly in English and Finnish for the audience. While the music performance was on, many attendees were also busy getting their hands on the delightful desserts with some coffee or tea.

To conclude the evening, the organisers had arranged a small spot at the venue, where anyone could get their pictures clicked in the amazing outfits, they were sporting that night. It was a good opportunity for all the friends to get together and have some memories for the future.

But the show didn’t end here, as the after party was set to begin at 23.00 in none other than, The Bank – Drinks & Music in the city centre of Kouvola.