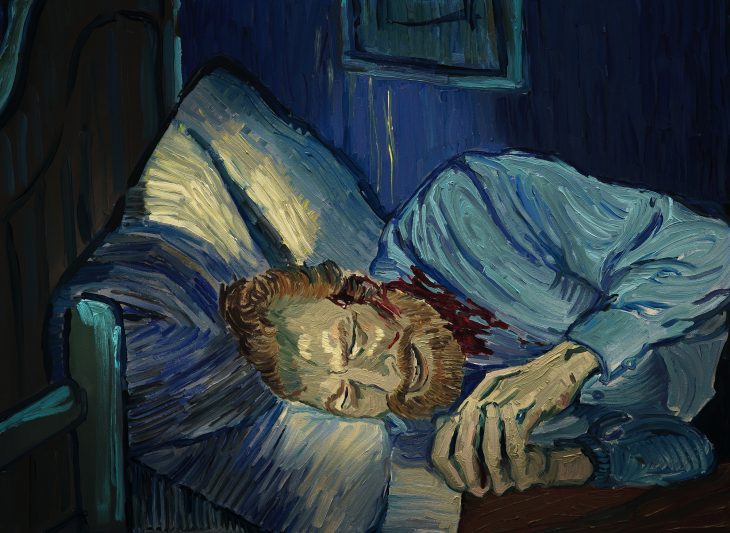 First ever movie made entirely by oil painting, that took contribution of over hundred artists to paint. The movie isn’t anything I’ve ever seen before. You can distinguish many painting styles in the movie which gives a vibrant feel to it.

The story takes place on the aftermath of Vincent Van Gogh’s dead. Van Gogh has been now deceased for a year. Mailman, also former friend of his gets returned a letter written by Van Gogh that never found its destination. The mailman’s son begins a journey to find a rightful owner of the letter, which leads him to the last surroundings of Vincent Van Gogh. The mailman’s son begins to investigate Van Gogh’s life, final days and the circumstances of his death. More he hears, the more there is incoherence between the stories and the hearsay. Was he a local village fool, a kind person with troubled soul, a mad man, suicidal or possibly murdered?

The one of a kind movie is astonishing and capturing to watch. I sometimes got distracted from the storyline, because I was admiring the paintwork. The storyline had approach that was not the most obvious choice, which I enjoyed.

The movie tells the story of Vincent Van Gogh in the most aesthetical way possible.