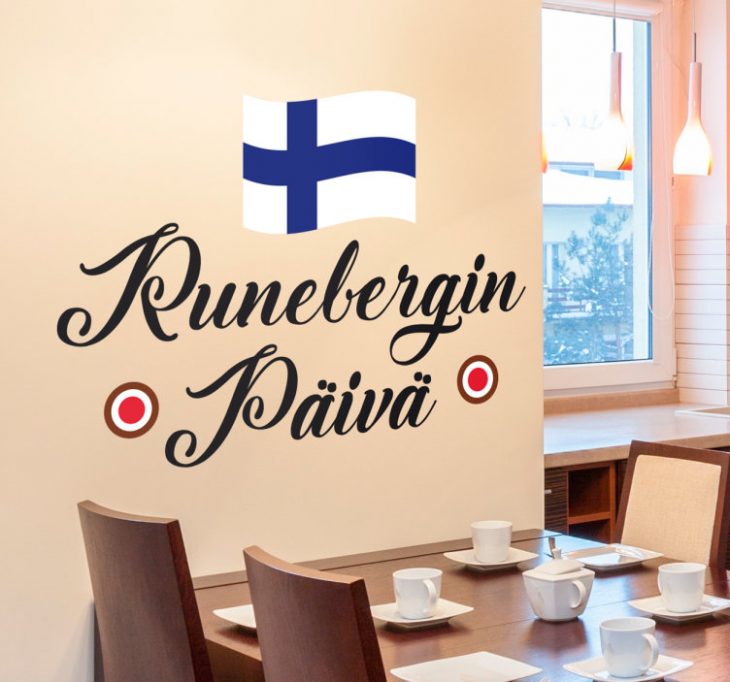 Runeberg Day (Fin. Runebergin päivä) – Finland’s national holiday, celebrated on the 5th of February, the birthday of Finnish poets Johan Runeberg, the author of the words of the Finnish national gymnasium “Maamme” and a series of poems about the Russian-Swedish war of 1808-1809 for example the most famous called “Tales of Ensign Stol.” As a holiday attribute, it is prescribed to hang out, national flag of Finland. he is on the flagpole from 8 to 16 hours. On the occasion of Runeberg Day, traditionally one of the most prestigious literary awards in Finland is awarded since 1987 and it calls “the Runeberg Prize”.

In the calendar, Runeberg Day was first celebrated in 1950, when they began to especially celebrate the days dedicated to outstanding personalities. Many poems by Johan Ludwig Runeberg are put to music. More than 320 composers have written over 900 works on his texts. The book of psalms also contains many tunes to Runeberg’s verses. Maamme’s poem has been put to music more than 20 times. To be awarded this prize, works written in Finnish or Swedish are nominated. This holiday has another interesting tradition on this day it is customary to treat yourself to Runeberg cakes made according to the recipe of the poet’s wife Frederica.

According to legend, she cooked them for her husband, who was a big sweet tooth and loved to start his day with something tasty. These pastries called Runeberg Kakku or Runeberg torttu appear on sale in mid-January and disappear a couple of days after the holiday.