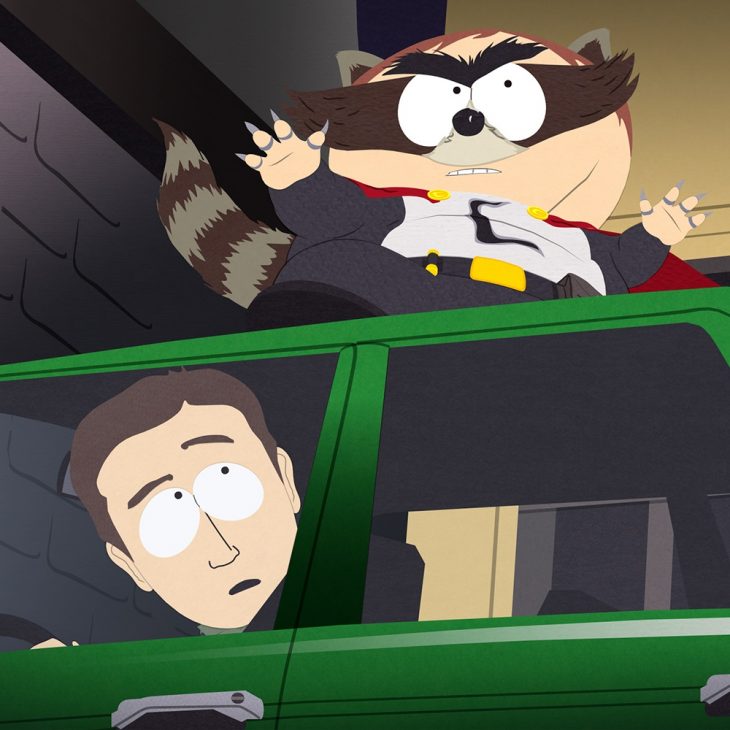 The newest game is sequel for “South Park: The Stick of Truth”(2014). The “South Park: The Fractured but whole” was released on October 17. by Ubisoft. The game begins with designing a new kid for South Park, which you will be controlling in the game.

The story begins where the “South Park: The Stick of Truth” ended. The kids of South Park aren’t into playing Game of Thrones anymore, as they were in the first game. In this game, playing superhero is now the coolest thing amongst South Park kids to do. You start the gameplay by heading to the Coon’s (also commonly known as Eric Cartman) headquarters to choose what type of superhero you are going to be. There you will start your “Coonstagram” account as well, in which you will be adding pictures in order to get likes and become famous superhero in the social media.

Gameplay is quite simple and amusing. You browse around the South Park surroundings meeting the characters familiar from the show. There are loads of references from the TV series, which are always fun to notice and point out. Game involves loads of looting around the South Park’s resident’s homes to find new items and getting tasks to do for the residents, in order to gain more followers in “Coonstagram” or in other ways help your superhero career.

The overall style of the game and sense of humor is very loyal to the original South Park TV show. So, if you are a South Park fan and enjoy watching it on TV you are surely going to enjoy playing this game. Not recommended for the ones that are easily offended.  The game was released for Xbox One, PlayStation 4 and for Microsoft Windows.