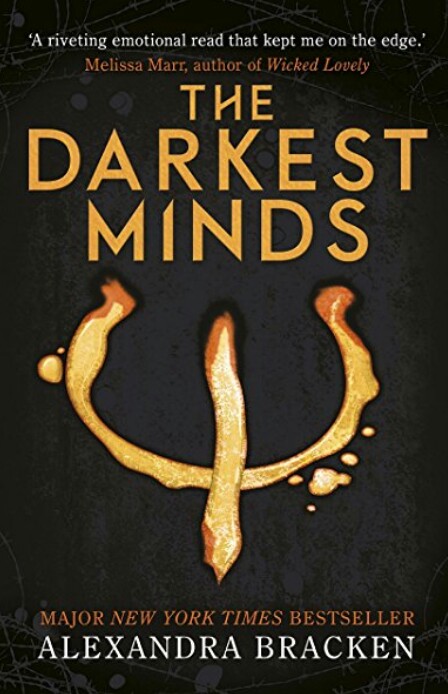 “Anyone who question me-I made them feel crazy for doing it.” ― Alexandra Bracken, The Darkest Minds

The Dark Minds is a sequel of the three novels by Alexander Bracken. The novel was published at the end of 2012.The genre is fiction, thriller, dystopia and science fiction.

A deadly disease has infected quite large number of children’s and these kids that do survive from the disease end up developing some special powers, and later they are put into a brutal governmental concentration camp, where the government put them to work, in a disastrous condition and they live in fear. The kids are labelled based on age or how threatening they are and with that they are divided into groups.

The story is based on supernatural powerful kids but mainly a young girl named ruby. Ruby was one the survives from the deadly disease and she is send to the concentration camp, Thurmond by her parents because of them not knowing how to keep her safe or cure her.

However, when ruby was around 16 she escaped from Thurmond camp. Throughout her escaping she meets a group of kids and together they try to get hand of their powers. Also, the people that are after them due to their supernatural power.

One thing I liked about the dark minds novel is the writing style and its simple to read.