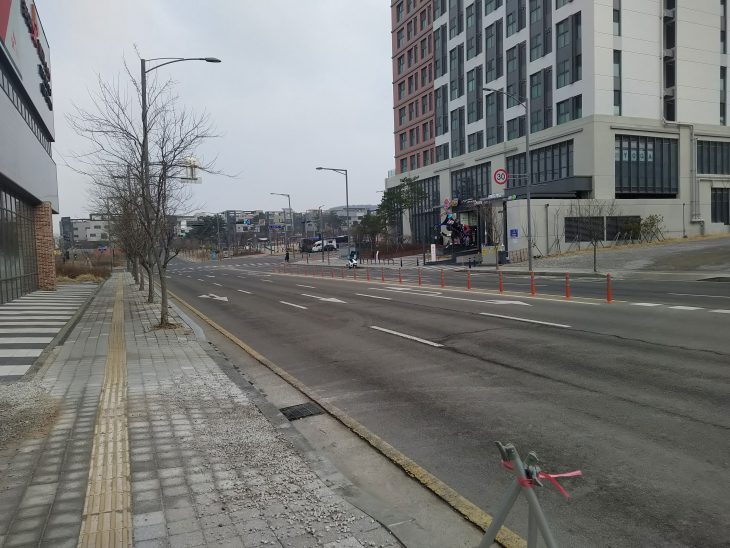 I arrived back from South-Korea roughly a month and a half ago and I’m glad to be back home. I did love staying there for the half a year, but due to multiple factors I decided to return.

If only returning was as simple as just buying a ticket and getting on a plane, but no, in these times every country has to be very careful with who goes to another country because if one person gets on a plane with the virus then that could start another wave and we would be stuck inside for longer than we already need to be.

To add some context, travelling from South-Korea to Finland isn’t that strict at least according to the Finnish government. Finland has a list of countries that range from red to green; red being a dangerous country and green being a safe country, with yellow in the middle being an in-between. These colours are there to help officials at the airport figure out if the person arriving from the country should be given a recommendation or a strong recommendation to complete the 14-day quarantine to ensure that no traces of the COVID-19 virus is in the traveller. South-Korea is a green country by the way.

So, in terms of Finland’s side, there isn’t any problem, but in South-Korea’s side they don’t take any chances. Near Christmas, South-Korea experienced a huge wave of cases that rose the case count from around 300 cases per day to at least 1200 cases per day. This means that everything had to close before 9 PM and most restaurants had to operate on take out or close entirely. Checking the statistics now the cases seem to have lowered to around 500 per day, but the government there isn’t happy with anything except under 300, so I assume everything is still in pretty harsh restrictions.

I was planning on leaving during Sunday of the second last week of February, but due to a change that Finnair themselves announced two days before leaving, I had to get a physical-test with a physical report to give to Finnair staff to ensure that I was healthy at least 72 hours before the flight leaves, problem was that the change was so sudden that neither Finnair customer service could really tell me where to get a test that can give a physical report, so I had to delay my flight just so I could get that stick shoved up my nose a second time. Thankfully the nice ladies at the counter in the terminal pointed me in the right direction. I recommend going to the terminal to ask about good test sites for any future travellers.

After that I had to spend 3 days in Incheon, a small island right next to Seoul which is not part of Seoul but considered its own city. It’s a nice city, lots of stores everywhere (Though most were closed) and it’s very close to the only airport that can take me back to Finland. Here’s a tip to anyone who plans on traveling during a pandemic or traveling in general, go to a hotel near the airport a few days before leaving. This way you can ensure that if something goes wrong, it’s at least not your fault, because you have everything packed and ready. It’s a life lesson I’m going to remember.

Finally, on Wednesday I got on the plane. The plane model itself was the same one I arrived in Korea with. It can fit around 500 passengers and it’s got enough entertainment to distract you from the 10-hour flight ahead. Funny thing was that instead of 500 passengers, there was only 14. That’s right, 14 passengers. It was a once in a lifetime experience for me to be in such an empty plane of that size and I basically had my own personal flight attendant, how… bizarre.

Anyway, now I’m back in Finland and I’m back to being an editor for the Insider magazine. I was asked to review some movies, so once the restrictions lift next week, expect some cinema snobbery from yours truly.