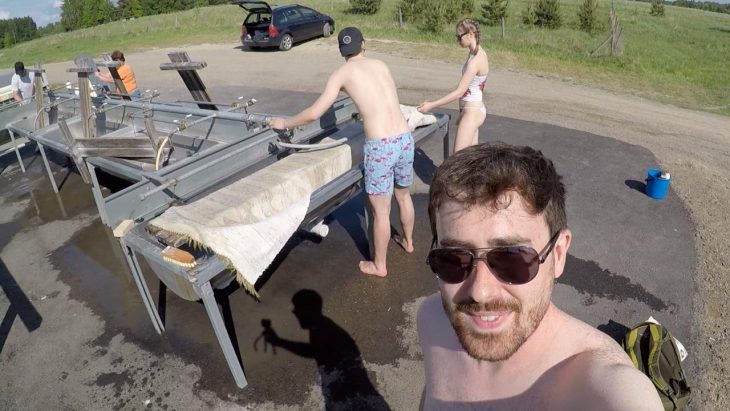 I have been living in Finland for three years now and I have seen and heard so many experiences from the other students, but we all know that for most of the international students Finland tends to be “weird” and “crazy”. So, why not share these weird experiences that actual students have lived here in Kouvola?

Would it be weird to say that I have been in Finland for 1 year and I have never went to sauna? A.M

Well, me and a friend of mine once went to a karaoke bar and guess what? We decided to sing and the person that was in charge to put the song on put a gay song because he thought me and my friend were a gay couple. Another weird thing that I have done in Finland is going to a designated area in the countryside to wash carpets L.H

Going to a student party, get super drunk, dance until 5 am and then suddenly deciding that I was hungry so I and my friends walked an hour in -30 degrees while wearing heels to go to MC Donald’s. After finally getting there we realized that they only had take away food and the place was closed. L X.N

Before coming to Finland I have not even thought about the crazy thing I did when I was here. First I went to sauna and after that outside and jumped in a very cold lake. I am not sure how many degrees it was but for sure less than -10 degrees. Anyway I enjoyed it. S.P

Getting lost in Finland might be pretty hard especially when you have destroyed your phone because you dropped it inside a pot. I had to go to Turku from Helsinki and it was my first time in Finland and I was with no phone. People were waiting for me, but oh well no one would help me. I asked a lot of people if I could borrow their phone, but you know Finnish people they are shy and I guess it is hard for them to trust a stranger with their phone. Finally I got some help, but if this was my country I would have gotten help without the need of crying.  A.TH

One day I was fishing at a faraway pond and I saw a couple of heads floating around near the place that I was standing. After a while I noticed that all those people were totally naked the moment that I caught the fish near them. So yeah that was traumatising for me. L.G