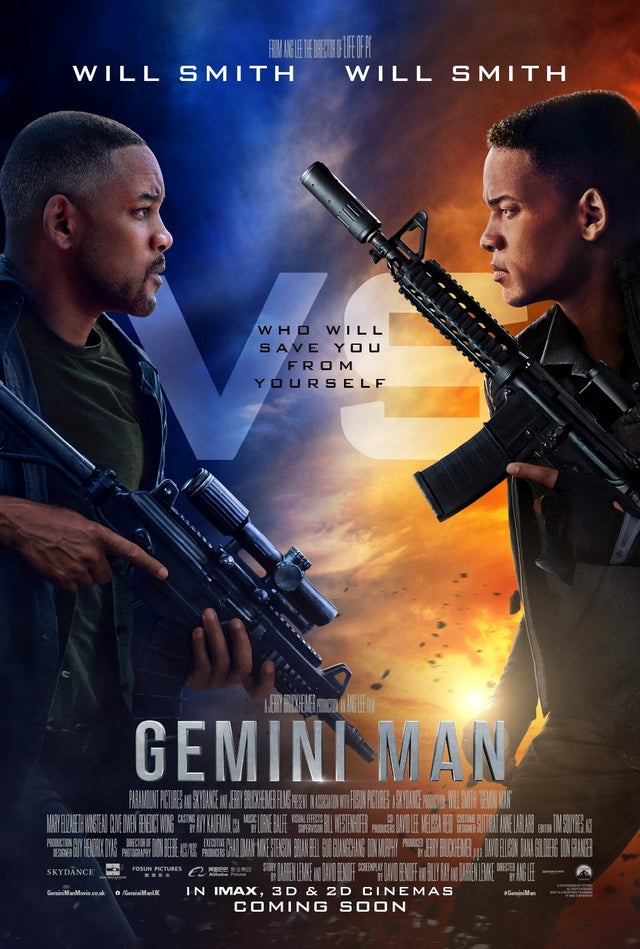 The of the review is not at all random. Everybody loves Will Smith, right? Hence, this movie received much hype even after it was first announced. The hype kept on building up and before its release, Gemini Man had become one of the most-awaited movies in America. Since US is the country that makes or breaks film expectations, high hopes for Gemini Man reached Kouvola. So was it as good as promised by ratings?

The film tells us about Henry Brogan, an assassin who works for the government. After a little hiccup on one of the missions, Henry decides that he’s old for this shit and retired. Everything is fine until Henry encounters himself, only a bit younger and with an attitude. Or even THE attitude.

Honestly, there were some concerns as to whether the movie will be good because one of the screen writers is David Benioff, the man who is a co-creator of the universal failure known as Game of Thrones season 8. However, Jerry Bruckheimer as a producer is amazing, therefore there were also hopes that Jerry will help Benioff not fail again.

And boy, he did. This movie just doesn’t disappoint. I wanted to place it #1 for 2019, but Endgame and Hobbs & Shaw were better. And still, Gemini Man is one of the films that don’t feel like you wasted money and time going to the theater. Not only that, you might want to re-watch the movie after some time. Saying anything else about the plot would spoil things, but there is the only complaint – sometimes, SOMETIMES, you can guess what happens next. The plot is well twisted but not all the time.

Everything else, acting, directing, music and interesting camera work, is delicious. Will Smith is being his funny self while also doing good drama from time to time – what’s not to love? You just can’t dislike good old Will.