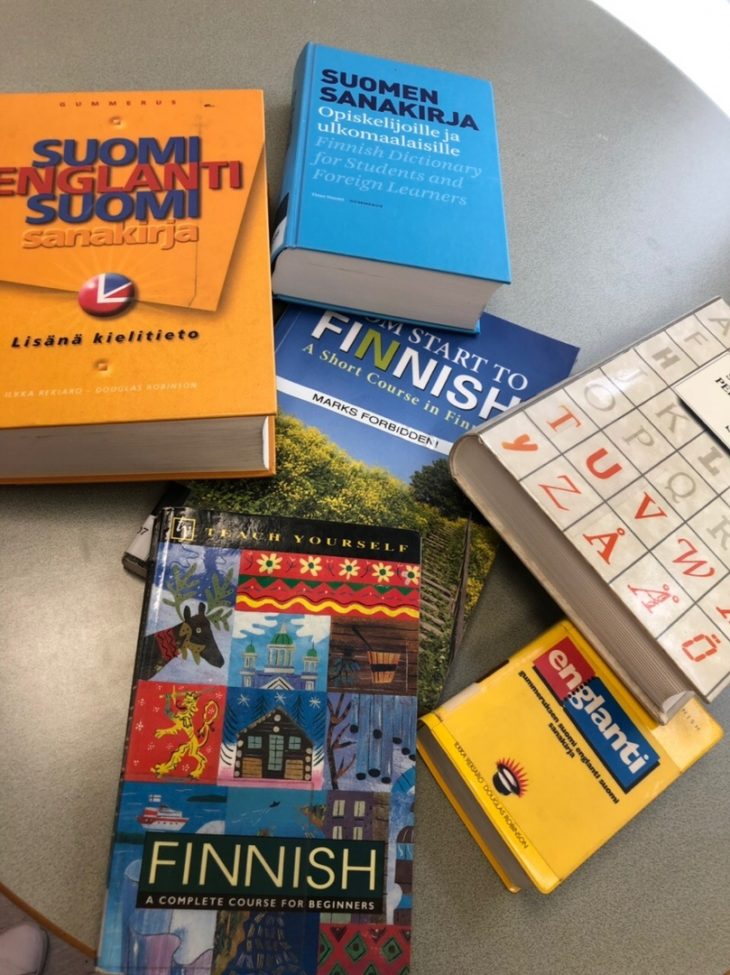 When a Russian person moves to Finland, people often ask different questions regarding the Finnish language. I want to say that it may seem difficult, but if you become interested in making friends with him, it turns out that he’s not so boring! So I decided to tell interesting facts about the Finnish language!

9th of April in Finland celebrates a national holiday – Finnish Language Day. The alphabet appeared only in 1543 (for comparison, the history of book business in Russia began 500 years earlier). There are 15 cases in Finnish. The alphabet has 8 vowels and 17 consonants.

J.R.R. Tolkin took the Finnish language as the basis with the addition of spelling and phonetics from Greek and Latin. By the way, it was with the invention of Quenya that the history of «The Lord of the Rings» trilogy began, which eventually became a cult. Moreover, magazines are now being published in fictional semi-Finnish-semi-elf.

The longest of all really used Finnish words is lentokonesuihkuturbiinimoottoriapumekaanikkoaliupseerioppilas (61 letters). It means the assistant junior mechanic officer of the Finnish Air Force, specializing in jet turbines.

Today, the longest is considered to be kumarreksitutes-kenteleentuvaisehkollaismaisekkuudellisenneskenteluttelemattomammuuksissansakaankopahan – 102 letters. It means something abstract, unorganized, possibly even non-existent, bearing something negative in itself.

In Finnish «Tarina» is a legend, a story. How to draw an analogy here? But very simple! It turned out that the word “Tarina” is not only very similar to the Russian “antiquity,” but it is also closely related to it, it only lost the letter “c” and did not lose one of the main meanings, which are almost forgotten in Russian today. In ancient times, the word “antiquity” sounded not only last year, but also in the past.