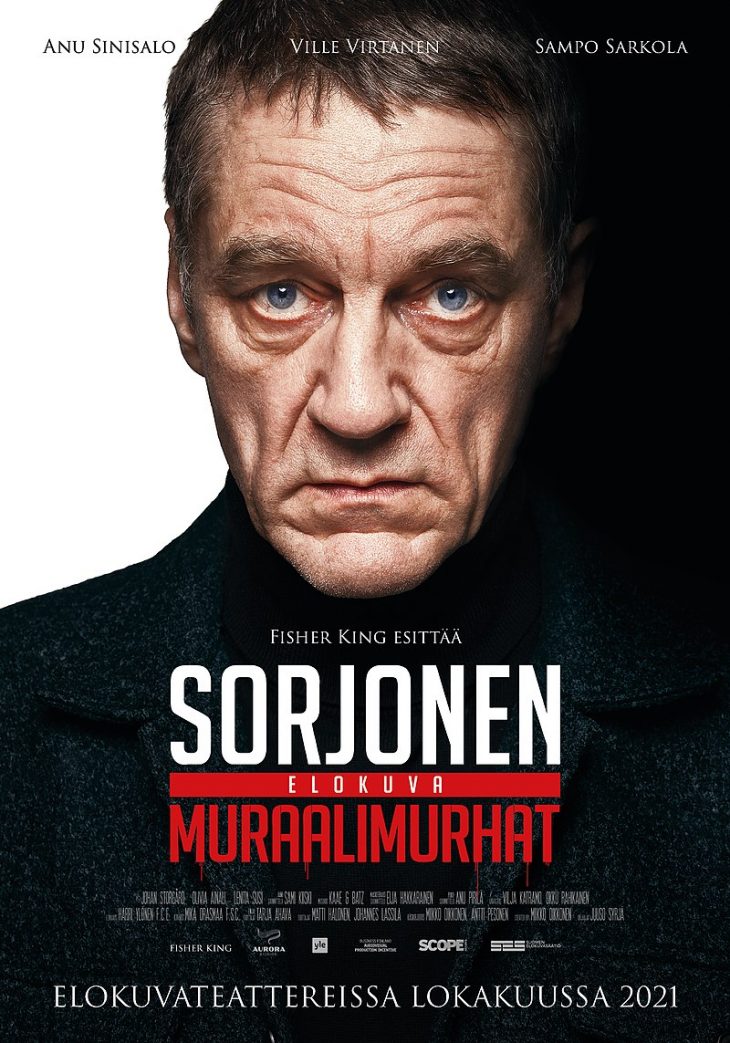 Sorjonen: Muraalimurhat is a movie sequel to the extremely popular Finnish crime drama and Nordic noir television series of the same name. It’s directed by Juuso Syrjä and stars Ville Virtanen as Kari Sorjonen. I need to preface this by saying that if you haven’t watched the series a lot of characters and plot points are not going to mean a lot to you and it will generally be confusing.

The story is fairly straightforward for any crime drama. There was a poll for “Which person would Finland be better without?” and for some reason 3 of the top 5 people have gone missing. The KRP (The Finnish National Bureau of Investigation) needs to find the so called “Judge” and need the help of Sorjonen since it seems to be somewhat linked to his older cases. Problem is that Sorjonen is in a mental institute and is not in any shape or form ready to tackle this kind of investigation.

I’m not one to watch many Finnish movies or series in general but from what I saw from the movie and what I’ve heard about the series from others that it’s a very suspenseful and interesting movie and I can agree with that (or I might just be biased since the show is filmed in my hometown of Lappeenranta). There are a few plot points that I felt were maybe brushed past a bit too quickly and some character motivations were weird to me.

Casting and directing are amazing. The scenes don’t take too long which some crime dramas have a problem with because they need the viewer to be 100% sure what they’re seeing. Virtanen pulled off a mostly convincing performance of a person with Haphephobia (fear of touch) and added some ticks and jerks to make it look very convincing.

While the music and sound are lacking in certain parts, when the movie needs to be suspenseful, it nails it. I was at the edge of my seat when there was action about to happen.

All in all, I did enjoy the movie, but I insist that you watch the series if you haven’t before diving in on this one. From what I read online, you can watch the series with English dubbing and subtitles so if you’re interested in some Finnish crime drama then I 100% recommend. Just watch the series before the movie. Trust me.