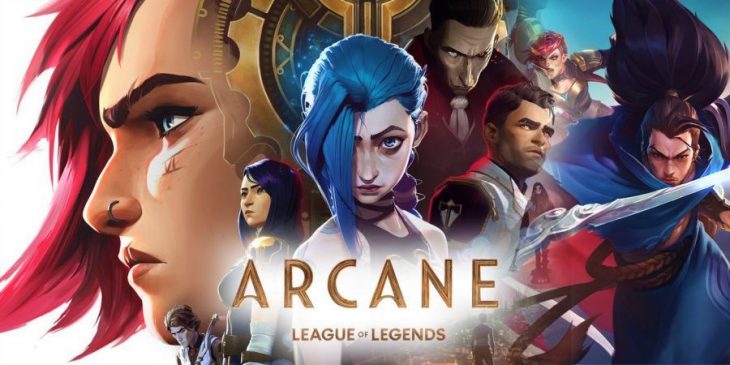 Based on the story of League of Legends, Arcane is a series released in 2021. As a non-player of LOL, it was luck that I started this series and I can say it was a pleasure watching this.

The series started by introducing the lives of the main characters, Vi, Jinx, and Silco. The relationship between these characters is described and makes the viewer anticipate how their relationship will progress. As the story progresses new characters are introduced, some of whom are Caitlyn, Viktor, and Jayce. Even though the main characters of the series are Vi, Jinx, and Caitlyn, each character in the storyline has an importance and impact that affects the overall story.

The series is very engaging and keeps the viewer invested in its plot throughout the story. It contains all of the elements necessary to make a hit series. There is childhood trauma, anger, betrayal, revenge, love, and romance, all packed into one series. The arcane fandom is also going strong as the ‘ships’ for Vi and Caitlyn is sailing. Viewers are waiting for season 2 for an update on their relationship and hope there is advancement as there are heavy lesbianic undertones in the series.

Overall this show surpassed my expectations. The story was well-spaced out and each character was well-written. The animation was well-done to the point each frame could be used as a desktop wallpaper. The animation and character design had high consideration put into it as it was seamlessly perfect. It is an absolute masterpiece and hopes it gets more recognition. I will rate this series as 5/5.